Who needs a introduction, it certainly isn’t this man.

He is so talented and famous that most people would recognize his name, even if they never read a book by him.

The history he must love to continue to write such wonderful works, that teach, inform and entertain millions of people around the world.

People today, meet less and text more. Women meet and argue about what look they will use to move us forward from the millennia of awkwardness and backwardness. They will claim the power they need to contribute to this move and engage all along the path to a better future.

Dante is curious to know her mind.

Beatrice leaves her girlfriends to engage the observer.

Beatrice: Hello, my eyes invite you to a conversation. Have you not to say?

Dante: You ask too much from this asp. I must delay.

B: Surely, you prattle on about my whimsy?

D: I like the look of you, what will you do?

B: First, I will say how backwards this seems to me. And I invite my girls to participate.

D: My boyfriends are ready to jump in and make some moves.

B: Good, humanity acts like a fool. Can you stave your knave and avoid me?

D: I can, but at what expense?

B: Power and envy will get us nowhere.

D: Why play with words?

B: Because that is all you can see, I want to move forward.

The ‘Two Steve’s made it happen,

The small crew spent day and night getting the machines together. 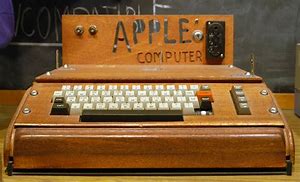 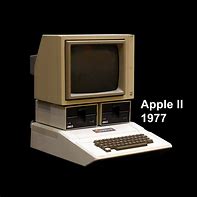 “Created by Rob Janoff in 1977, the Apple logo with the rainbow scheme was used from April of that year until August 26, 1999.  Steve Jobs has asserted the apple logo was inspired by the story of his childhood”

There were a list of mergers and acquisitions by Apple, but it was the NeXT purchase on December 10, 1996 that transitioned Apple’s big come back in 1997 through 2001.

Steve Jobs became interim CEO making the great products iPod, iPhone and iPad.  He became CEO until 2011 before resigning to deal with his long battle with pancreatic cancer that took his life on October 5, 2011.

And there is even more…https://en.wikipedia.org/wiki/History_of_Apple_Inc.

Back in the burnt city, 250 dead, many beat up, town sacked, 1100 houses destroyed and their vast library destroyed.

Much of the damage done by Germany.

Sympathy lost for Germany in America.

This place became a symbol of the Great War.

Most of Europe and many parts of the world joined in the fight.

Peace came in 1918, in a way, Russia, Germany, Hungary, Ottoman Empire and much of the old world order was lost.

The influenza epidemic claimed 20 million people around the world.

There was much starvation.

Many unexploded shells needed to be dug up.

So many relatives fought in the war.

We remember because it is still such a mystery as to it’s real reason.

Was it an arms race, nationalism, fears, hope for change, honor, social Darwinism, individuals, or something else?

Our world is facing similar problems.

We need to think about how war happens and how to keep the peace.

Check out the book or CD called “The War That Ended Peace:  The Road To 1914 by Margaret Mac Millan.

Do you believe war and peace are worth investigation?

Truth, no one has ever gotten to know me as good as I know myself…

Except for the loving and caring understanding of my friends and family.

The past is full of connections that bridge my present, future and the future beyond my life.

I am willing and able to forgive and forget because of my strong tie to family and friends. They are my rock to all that may be.

I still vaguely feel fears that wisp up from time to time, but my love and connection with others bring more joy to life and the life of others.

I sincerely let go of the past mistakes and embrace the ‘joy still felt’ with people who share a great narrative from our history and shared life experiences in all we say and do.

I love our epic stories!

Plato says this king is not like any other.

Can he led others, or follow when it is better to do so?

Does he know when the people are ready for a new law?

Are his personal values aligned with the values of the people?

Many captains of industry appear to hold the keys to the kingdom.

There are geniuses of every caliper, why not a wise living leader who can work with the people?

Some say this is just a catch all phrase for great leaders like Marcus Aurelius, Jesus Christ, Buddha, mahatma Gandhi, and many others.

Like all these great leaders, there was also good people willing to build a better way.

Who are these kings today?  Who are the good people?  What is the better way?

Subjectively we try to find a better way and practice it’s lessons and build a better life.

Collectively we collaborate and cooperate our teams to build a better way for many of us.

To all those philosopher’s, leaders, good people and better ways…

Poverty is not a lack of being, it is a lack of cash.

Get rid of this sickness once and for all.

Guaranteed income would solve it.

The results were covered up for 25 years.

The experiment was a success by any measure.

Performance up, hospital stays down, no one quit their jobs.

There were similar results around the world.

We rich, should stop thinking we know best.

Give the poor the money, unconditionally to survive.

When Polycrates died, so did Samos, the little Island was taken by the Persians.  Yet, the king ruled well and the people prospered.  He built a temple, huge honoring to Hera.  And on another Island, Rhenea, he transmitted the Devine energy to Delos via a great chain between the islands.  In this dialogue, the exiled philosopher speaks to his student about the death of the king.

Student:  Master, master, did you hear the good news?

Pythagoras:  No child, but tell me.

P:  May I return to Samos?  Has the aristcratic’s rival family really lost its way?

S:  More than ‘lost its way’, Polycrates has been brutally murdered and his remains are nailed to a stake, rotting in the sun and rain of Anatolia.

P:  Yes, and whoever rules Samos, most likely the Persians, will still keep me from my home.  Thank you, for the news, my boy.

In this dialogue, the two principles discuss religion that is not violent or odd in any way.  And neither of us are odd in any way, we sometimes take ourselves seriously because we are afraid of being different or misunderstood.

Michael:  It is refreshing to see a philosopher who is different and stands up to bigots and racists.  Someone who employs reason to understand and be understood.  Yet, we are different, each in his or her own way.  And we are proud to be ourselves.  Sometimes we get a little too serious or say things we do not mean.

Modern Day Philosopher:  Yes, I said Jainism is a harmless lot and we need not worry about them because they are pacifists like Gandhi, and vegetarian and always bending down looking at the ground so ‘they’ don’t step on a bug.

Me:  Yes, well, I’m sure you are not proud of calling non-violent people, pacifists.  And like Gandhi, have a humility and passion to allow humanity to reach beyond their grasp and strike them.  In this non–violent way they continue to fight for freedom that is best for all.

MDP:  I am sure I did not understand or saw how silly I was behaving when I said this about the ancient religion of Jainism.  And Gandhi was not a pacifist.  He stood up to the colonialism of the time to free the nation of India with the help of all the people.

Me:  Yes, sometimes, I do not see my difference when I play or turn away from myself or others.  Yet, we all do harm to ourselves and others.  We are only human and we have accidents and make mistakes.

MDP:  Yes, and we all deserve a second chance, if only we would take it.

Me:  I agree, and Jainism shows us all a way to take a second chance.  Humanity is lucky to have 6 million people practicing these kinds of principles in their lives.

‘Speare’ of Destiny my ass,

A player was his minor task.

And his playwriting was shared by the best.

He was a good student.

Someone who could read history and be contemporary about it.

Yet, history does not remember many facts concerning this man.

Yet again, history remembers her works better than most.

He is a famous playwrite, poet and what not.